Not really a book chapter, but some of the “filling” of the first life chapter:

I was born in the early 1970’s, the first grandchild for both sets of grandparents, all four of whom were still living–and not even that old yet, really. My life was peopled with them, my parents, and my aunts and uncles, most of whom were still single at the time. My dad was an associate pastor (or something) at a Baptist church in Connecticut. I remember the living room of our house, and the P’s (a family with 8 children who were friends with my parents). My earliest memory is at 8 months old, going to hear a Korean girls’ choir at a church. (I’m not sure it was the church where my dad worked.) I don’t remember the singing–just the faces. I’ve long thought it significant that my first memory is a cross-cultural one.

At age two, I went with my parents first to Costa Rica (I think) where they attended language school, and ultimately to Honduras. I remember snippets of deputation (where my parents traveled to churches that would sponsor them, to let them know what work they meant to do in Honduras) before our departure, too, like visiting different nurseries (crêches, for those of you across the Pond) in different churches. To this day I dislike visiting unknown churches–especially on vacation. According to my mother, at this time I called the car “home.” To this day I do like the idea of acquiring an Airstream or a Volkswagen camper van and living nomadically in it.

I developed a pacifier and a “Blankie” dependency. My parents broke the pacifier one for me in language school. They just let my pacifier get totally disgusting and misshapen and wouldn’t replace it, and eventually it was so uncomfortable in my mouth that I stopped using it. This was a mildly traumatic process for me, so I remember that, too. I don’t remember at what age I gave up the Blankie, so I must have been readier for it.

In Costa Rica, we had a maid named Estebana. She was really lovely. My parents couldn’t decide whether they should leave me home with Estebana while they went to classes, or send me to preschool instead. They decided I needed socialisation (which was probably true), so they opted for preschool. Given my life’s patterns (I adjust well when I’m good and ready, but not at all when I’m not), I think this might have been a well-intentioned mistake. At only two years old, I was clearly the youngest child in the preschool. I was spoiled by Doña Carmen and ignored by all the children. Other memories from this preschool include:

When we moved to Honduras, I was put in another preschool, since Estebana couldn’t immigrate with us. I was just slightly older, which was an improvement. However, the kids were (as I recall) bullies, the teachers were mean, and I was more miserable there than at the previous place. I did make one friend there: Stephanie. Also, once they gave us real live chicks to take home. A cat got mine. (It might not have been an accident.) Other memories of this school include: 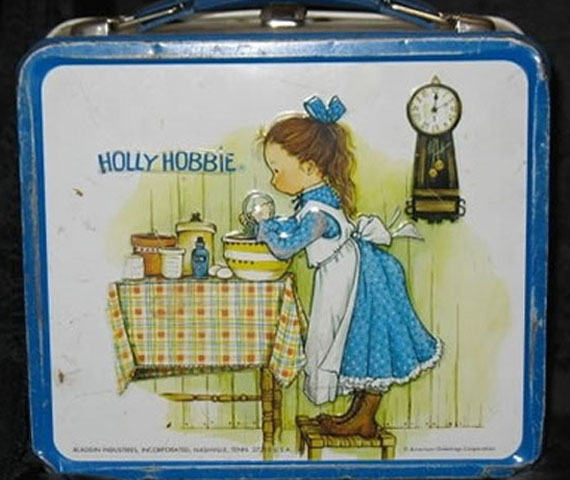 Definitely worth my left arm.

The most important (and constant, and safest) people in my life were my parents. They taught me to love books and to love Jesus, and I felt loved by and special to them, too. The rest of the world was scary, though, and I was full of fear. I wonder if that’s why I refused to learn Spanish–because it represented the unfamiliar world of unfamiliar people who didn’t like me and separated me from my parents. I’m still pondering that one . . .

Who were your “safe people” when you were a little child? What made you afraid?